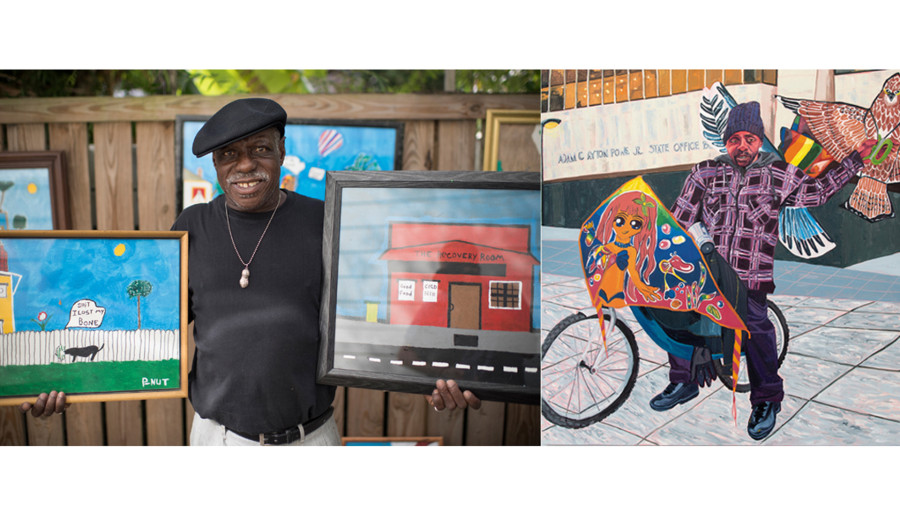 Responding to artworks on view at the Gibbes Museum of Art in the exhibition Black Refractions: Highlights from the Studio Museum in Harlem (May 24-August 18, 2019), local artists will share their creative processes. Participants will have the opportunity to create their own artworks inspired by the exhibition in a hands-on workshop following that artist talk.

P-Nut: Get to Know a NeighborJordan Casteel “first spotted Kevin from the window of her studio on 125th Street [in Harlem] . . . She watched him flying kites in the courtyard across the street for almost half an hour and ‘loved how he seemed to make time stop.’ She continues, ‘He was clearly enjoying himself, completely withour regard for everything else around him.’ She ran outside and introduced herself, and he allowed her to photograph him for a painting. . . . Casteel’s tender portrait telegraphs the disjunctive whimsicality of the scene and captures a sense of the complex personality and interiority often denied black men in popular representations” (Amanda Donnan, Black Refractions: Highlights from The Studio Museum in Harlem, p. 70). Create a portrait of someone in your neighborhood whose story you would like to know.

This program is in collaboration with the Charleston County Public Library and is sponsored by Art Bridges.

About P-NutJoseph “P-Nut” Johnson was born in Charleston, S.C., in 1955. At age 16, he began writing poems on birthday cards and napkins at popular Ansonborough watering holes like Cumberland’s Bar and Horse & Court in Charleston. He captured people instantly with his humor and insight and soon enough, had visitors stopping by the bars just to get a poem from the ‘Lowcountry Poet.’ From those early beginnings, he gained a dedicated fan base.He spent a few memorable years in New York, rubbing shoulders with famous comedians and performing some of his own stand-up comedy. Then, P-Nut returned to Charleston to take care of his mother. Back in his hometown, he gathered inspiration from his surroundings, neighborhood and life in the Lowcountry. During this time, P-Nut created enough poetry to have two publications under his belt, his first in the Library of Congress in 1996. His second was published in 2018 and collects some of his most beloved poems from the first book plus dozens of never-before-published poems he has written over the course of his forty-plus year career.In 2017, P-Nut began using visual arts as a new medium through which to tell his stories. His folk-poetry seamlessly translates into narrative paintings full of spontaneity and life. Using canvas and found materials, his paintings are famous for their signature touches. He often uses images of a bright blue sky, colorful dresses, touches of gold, dogs that speak phrases such as “Shit I lost my bone,” and sprouting “P-Nut” plants.In 2018, he had a one-man show and poetry reading at the Charleston Public Library titled A P-Nut Party. He has been featured in Garden & Gun, Afar Magazine, the Post & Courier and Charleston Magazine. His clients hail from Mississippi, Texas, Florida, Pennsylvania, Ohio, California and South America.

Keeping the safety of our campers, teachers, staff members, and their families at top of mind, we have decided to move forward with in-person camp with smaller camp classes and increased safety measures. We are pushing back our start date to June 22. To allow for better social distancing and increas...

Museums on Us Weekend 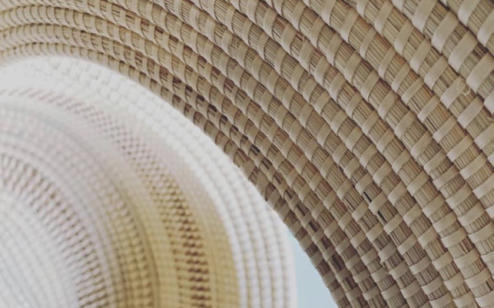 Antwon Ford began learning the art of sweetgrass basketry at the age of four. He now applies mathematics and science to create modern sculptures from these materials