Michi Meko is a Georgia based multi-media artist. In the summer of 2015, he almost drowned. Inviting this life changing event’s influence into the artist’s studio practice, Meko’s recent paintings and sculptures focus on the African American experience of navigating public spaces while remaining buoyant within them. Meko’s work contributes to an important conversation, reflecting upon the African American experience in public spaces. Now more visible and open with the evidence and sharing offered by social media. This barrage of images simulates the experience of drowning under the heavy weight of ten thousand pounds of pressure while being held to the ocean’s floor.

Michi Meko’s work uses a visual language of naval flags and nautical wayfinding, combined with romanticized objects of the American South as a means to communicate the psychological and the physical. These references signal the warning of a threat or the possibility of safe passage. Working beyond the physical image of the body, objects of buoyancy and navigation become metaphors for survival.

Michi Meko’s most recent selected solo exhibitions include Chimento Contemporary in Los Angeles, CA and the Alan Avery Art Company in Atlanta, GA. In 2017, Meko was awarded the Joan Mitchell Painters and Sculptors Grant. His work lives in the permanent collection of the High Museum of Art, GA among many private collections. 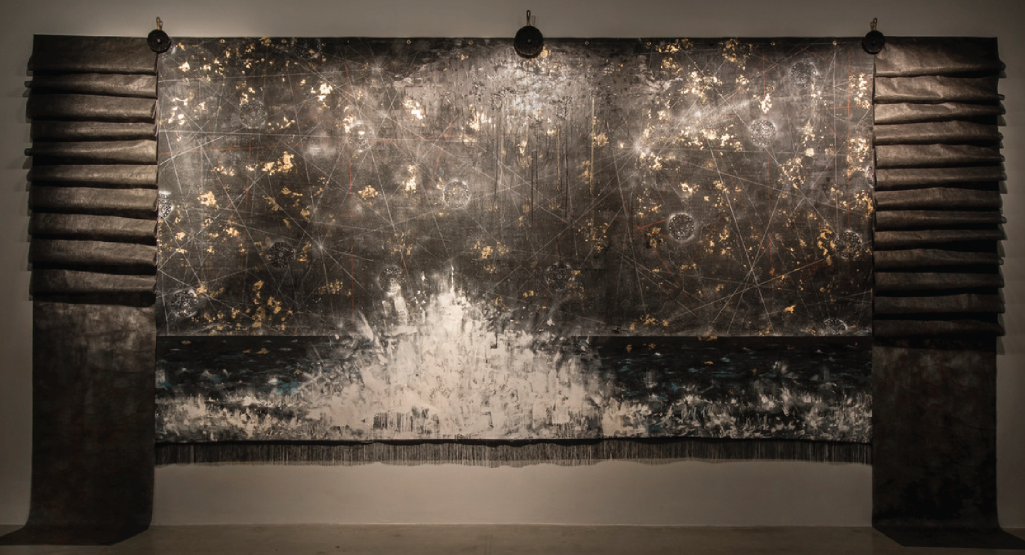