Deborah Luster, a finalist for the 1858 Prize for Contemporary Southern Art, from New Orleans, Louisiana, investigates the violence of her home city through photographs. Her mother was a homicide victim, which has inspired Luster to photograph scenes of crimes as well as inmates in Louisiana prisons. Her two bodies of work, “One Big Self: Prisoners of Louisiana” and “Tooth for an Eye: A Chorography of Violence in Orleans Parish,” grapple with death, violence, and the environments in which tragedies take place.

The photographs that compose “One Big Self” are held inside a black steel cabinet, from which viewers must open heavy drawers in order to see and touch the “invisible persons” that inhabit Lousiana’s prisons. On the back of each of the photographs in this collection is information concerning the inmates captured in each photograph, transforming these individuals into human beings rather than mere criminals. For the artist, “‘One Big Self’ is a document to ward off forgetting, an opportunity for those inmates to present themselves as they would be seen, bringing what they own or borrow or use: work tools, objects of their making, messages of their choosing, their bodies, themselves.” The photographs that make up this collection are intensely personal and moving, giving a social presence to those marginalized members of society that have committed acts of violence and are paying their dues. 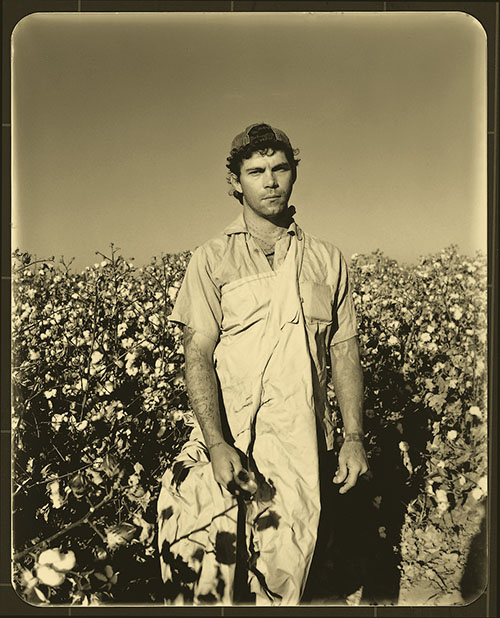