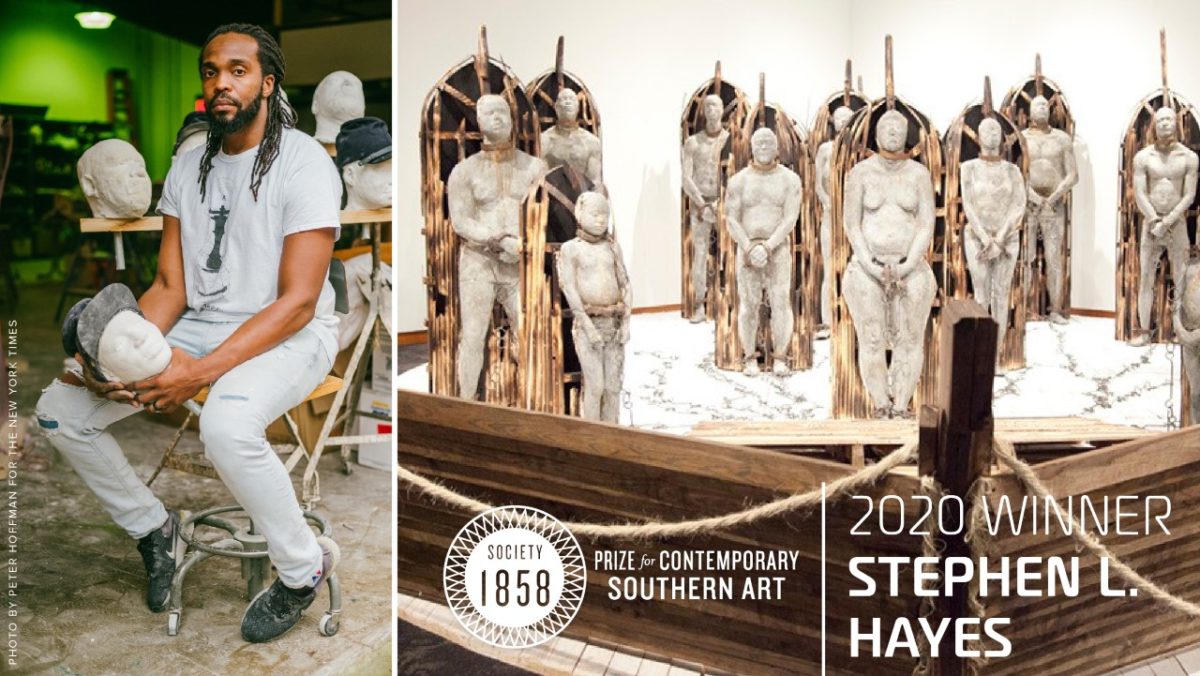 The Gibbes Museum of Art is proud to announce Stephen L. Hayes Jr. as the 2020 winner of the 1858 Prize for Contemporary Southern Art. A North Carolina-based artist, Hayes makes works—woodcuts, sculptures, installations small and large—from found materials that draw on social and economic themes ingrained in the history of the U.S. and African Americans. Hayes will be awarded a $10,000 cash prize and will be recognized at the Society 1858 Amy P. Coy Forum scheduled for February 2021.

“Amidst the challenges of 2020, Society 1858 and the Gibbes are thrilled to be able to continue celebrating the 1858 Prize for Contemporary Southern Art,” says Angela Mack, executive director of the Gibbes Museum of Art. “We are also excited to announce Stephen as this year’s winner. His creations contribute to the understanding of the South and demonstrate a powerful vision from an artist on the forefront of contemporary southern art. We were extremely impressed by all of the finalists this year and would like to thank everyone who submitted an application for the Society 1858 Prize.”

Stephen L. Hayes Jr. grew up in Durham with his older brother, Spence, and his mother, Lender, who were pivotal in shaping and sparking his creative approach. When Hayes was in first grade, he broke a remote-control car. His brother took it apart and attached the motor to a battery, bringing it back to life. Amazed, Hayes began breaking all kinds of things to see how they worked and what he could create with the pieces. By second grade, his mother had given him a real workbench; she and Hayes’ brother would also bring home abandoned equipment for tinkering. Working with his hands took many forms and by high school, he learned to crochet.

Hayes went to North Carolina Central University, aiming to transfer to North Carolina State University in order to study mechanical engineering. Instead, through a friend, he discovered graphic design. His new major led to a ceramics course, where his enthusiasm and skill allowed him as much time as he wanted on the wheel. He threw enough pots to develop a strong portfolio, leading to a residency at the acclaimed New York State College of Ceramics at Alfred University. Hayes earned a Master of Fine Arts in sculpture at Savannah College of Art and Design in Atlanta. His thesis exhibition, “Cash Crop,” has been traveling and exhibiting for nearly a decade. In his work, Hayes uses three symbols: a pawn, a corn, and a horse to explore America’s use (or misuse) of black bodies, black minds, and black labor. Artists, he believes, are as much translators as they are creators. He started teaching at the college level in 2011; currently, he is a professor of sculpture at Duke University.

“Thank you to the Gibbes Museum and Society 1858 for the honor of receiving the 1858 Prize for Contemporary Southern Art,” says Hayes. I initially began creating as a way to impress my mom and brother and now I use my works to tell stories, connect people across generations and ignite intercultural dialogue. I am passionate about my work, so seeing it also resonate with others makes the endless hours of work worth it.”

Hayes is currently in the middle of creating a monument of the United States Color Troopers that marched through Wilmington, NC that is slated to be unveiled in November 2021. Hayes has always been known to say that he wants to make his artwork famous and his name legendary.

Learn more about the 2020 Prize Winner and Finalists here. 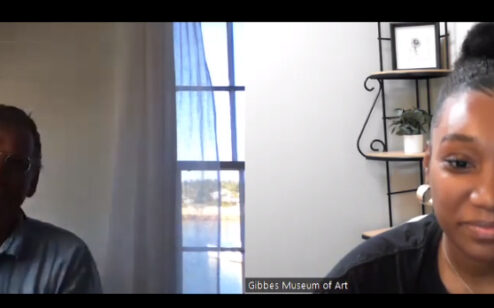 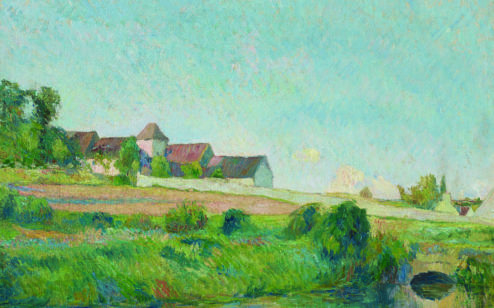 The Gibbes Museum of Art, one of the oldest arts organizations in the country, will exhibit a collection of artwork by French masters of the Impressionism movement. Light Effects: The French Impressionists will… 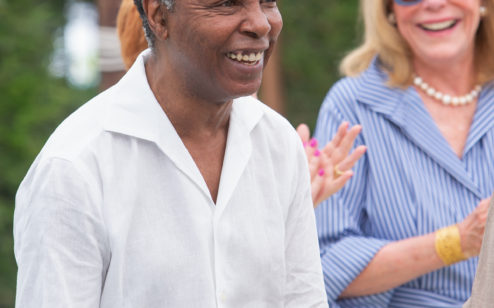