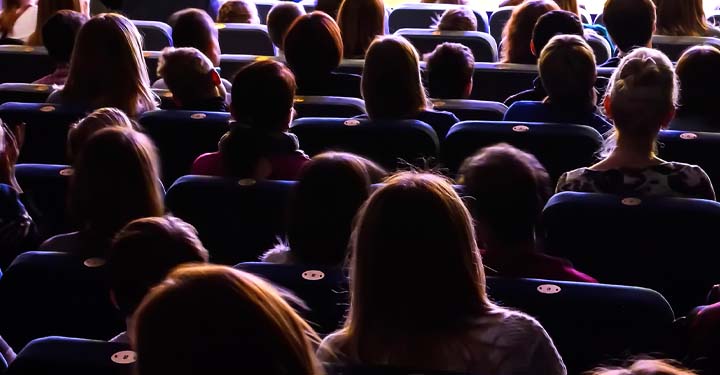 Whether a classic noir or a cutting edge documentary, who doesn’t love a good film? At the Gibbes we believe in the power of this artform to spirit us away, entertain us, and reveal the diversity of the human experience. It’s why we planned to launch a limited engagement film series entitled Gibbes Film in Focus this summer. Like so much else, COVID-19 has impacted our plans, and while our film program launch will be postponed until further notice, we’ve put together a list of a few top notch art-related films to satisfy the cinefile in all of us. Have you exhausted your list binge-worthy TV, or had your fill of TikTok challenges? Check out these picks you can rent online now or stream with a subscription.

And stay tuned for updates on new screening dates for Gibbes Film in Focus: Southern Gothic. With our program launch, we’ll be exploring all the ghosts, family secrets, and dark, romantic mysteries that lurk in the landscape of American cinema, and in depictions of the south on the silver screen. Limited engagement screening dates of Julie Dash’s Daughters of the Dust, Elia Kazan’s Streetcar Named Desire, and Kasi Lemmons’ Eve’s Bayou will be announced.

In 1920s Denmark, married artists embark on a journey of unconditional love when the husband announces his intentions to live life as a woman. A fictitious love story loosely inspired by the lives of Danish artists Lili Elbe and Gerda Wegener, Lili and Gerda’s marriage and work evolve as they navigate Lili’s groundbreaking journey as a transgender pioneer.

In the late 1950s and early ’60s, artist Walter Keane (Christoph Waltz) achieves unbelievable fame and success with portraits of saucer-eyed waifs. However, no one realizes that his wife, Margaret (Amy Adams), is the real painter behind the brush.

3. Black is the Color, 2017, 52m, Documentary, Not rated
Now streaming on Amazon.
Watch the trailer.

In 1969, the Metropolitan Museum of Art in New York mounted a major exhibit called “Harlem On My Mind.” There was just one thing wrong: the show had no work by African-American artists. The “Harlem on My Mind” fiasco is emblematic of the barriers Black artists have faced when it comes to having their work exhibited and collected. Black is the Color highlights key moments in the history of African-American visual art, from Edmonia Lewis’s 1867 sculpture Forever Free, to the work of contemporary artists such as Whitfield Lovell, Kerry James Marshall, Ellen Gallagher, and Jean-Michel Basquiat.

In the mid-1960s, wealthy debutant Edie Sedgwick (Sienna Miller) meets artist Andy Warhol (Guy Pearce) in this biopic. Sedgwick joins Warhol’s famous Factory and becomes his muse. Although she seems to have it all, Edie cannot have the love she craves from Andy, and she has an affair with a charismatic musician (Hayden Christensen), who pushes her to seek independence from the artist and the milieu.

A newly recruited night security guard at the Museum of Natural History discovers that an ancient curse causes the animals and exhibits on display to come to life and wreak havoc.

An unprecedented look behind the scenes of two of New York’s premier cultural events, The First Monday in May follows the creation of “China: Through The Looking Glass,” the most attended fashion exhibition in the history of The Costume Institute at The Metropolitan Museum of Art, and the 2015 Met Gala, the star-studded fundraiser.

Biopic of the bold and controversial life of artist Frida Kahlo. Set in Mexico City, this visually evocative film traces her lifelong, tempestuous relationship with her mentor, and her forward-thinking artistic, political and sexual attitudes. This film earned Salma Hayek an Oscar nomination.

This documentary shines the spotlight on New York City painter Jean-Michel Basquiat. Featuring extensive interviews conducted by Basquiat’s friend, filmmaker Tamra Davis, the production reveals how he dealt with being a black artist in a predominantly white field. The film also explores Basquiat’s rise in the art world, which led to a close relationship with Andy Warhol, and looks at how the young painter coped with acclaim, scrutiny and fame.

9. Struggle: The Life and Lost Art of Szukalski, 2018, 1h 55m, Documentary, Not Rated
Now streaming on Netflix.
Watch the trailer.

Leonardo DiCaprio produced this documentary relating to the life of Stanislaw Szukalski, a Polish artist who was famous pre-WWII, while falling into anonymity for quite a long period of time after. Unfortunately, during a Nazi raid bombing, Szukalski lost a substantial number of his pieces. When he moved to California in the 40s, he did odd jobs around film studios, while only rarely creating masterpieces in keeping with world events. *theurbanlist.com

The story of how an eccentric French shop-keeper and amateur film-maker attempted to locate and befriend Banksy, only to have the artist turn the camera back on its owner. The film contains footage of Banksy, Shephard Fairey, Invader and many of the world’s most infamous graffiti artists at work. 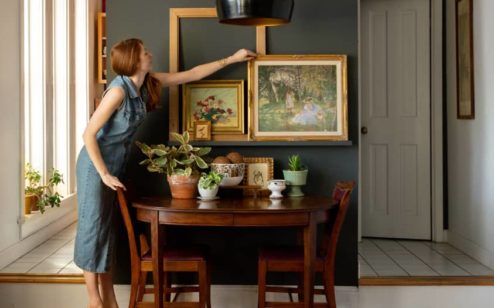 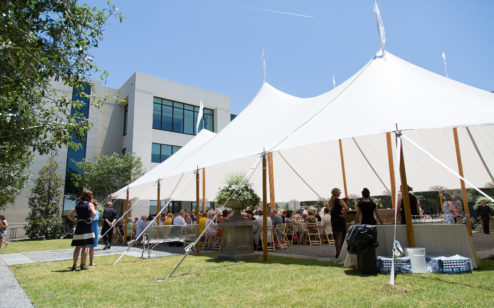