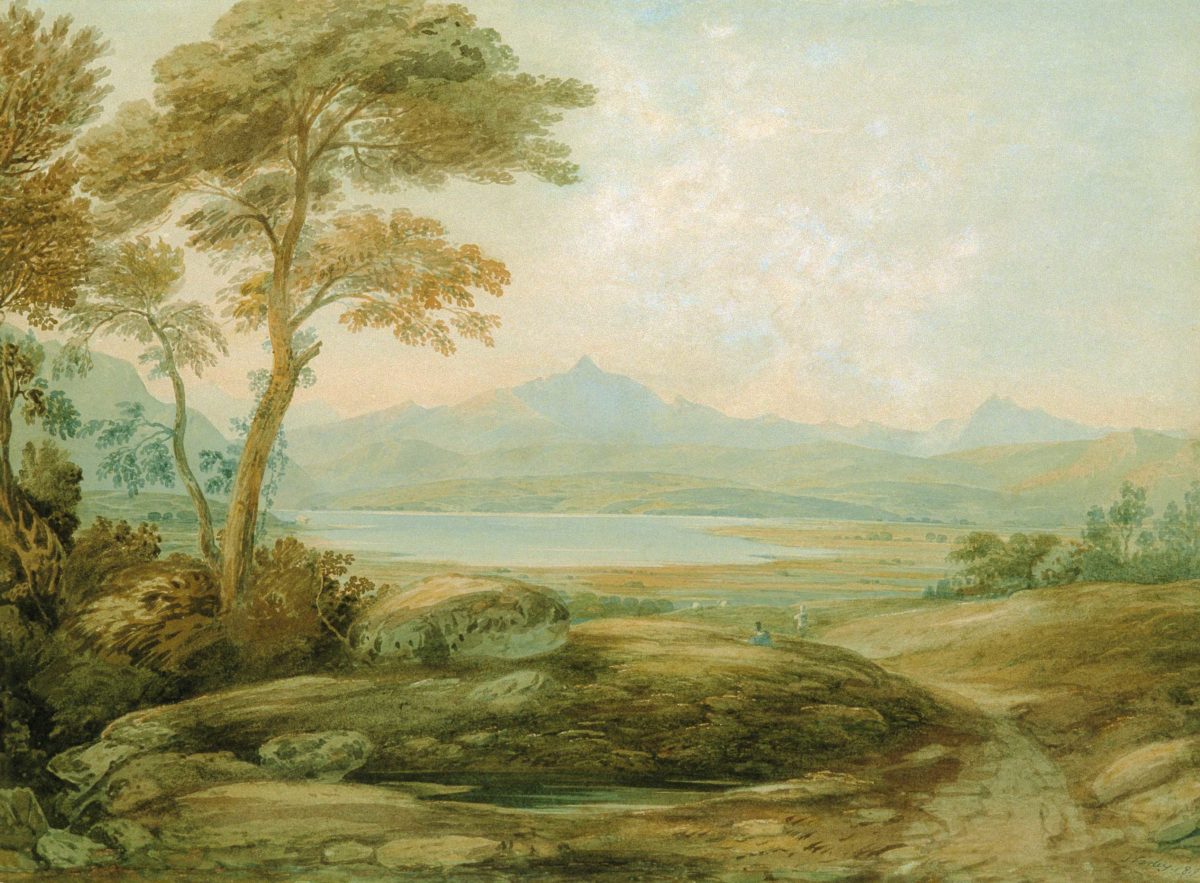 As another summer draws to a close, so does one of our special exhibitions here at the Gibbes Museum, Luminous Landscapes: The Golden Age of British Watercolors. On view through October 6th, there are just a few days left to experience the beauty and timelessness of these vistas captured on paper from the Gibbes’ permanent collection. This week on the blog, Amanda Breen, Assistant Curator shares the origins of this collection and delves into the history behind a few of the works on view in the exhibition.

The 23 works featured in Luminous Landscapes are a small selection from the Wigger Collection of British Watercolors, a group of watercolors gifted to the museum in 2004 by Charleston native, John Wigger (1915 – 2004). Wigger first began collecting in 1980 while traveling to London. Initially drawn to British pewter, he shifted the focus of his collection to watercolors after a visit to a London gallery. Enchanted with the landscapes depicted by this group of artists, Wigger became an avid collector and researcher of the eighteenth and nineteenth century British watercolor genre. Over the course of twenty years, he compiled a sizeable collection of works by leading artists in the school including Peter de Wint, Samuel Prout, William Gilpin, and John Sell Cotman. Many of the artists from the collection and featured in Luminous Landscapes such as John Varley, Paul Sandby and David Cox Sr. were instrumental in elevating the status of watercolor painting over the eighteenth and nineteenth centuries as it was brought to its full maturity in England and heavily influenced the work of burgeoning Lowcountry artists such as Thomas Coram and Charles Fraser, who were among America’s first landscape painters.

At the beginning of the seventeenth century in England, the watercolor medium paired with the landscape genre was virtually nonexistent. Watercolors were considered “tinted drawings” and could not compete with the established oil painting medium favored for centuries across Europe. The painting of landscapes purely for aesthetic pleasure was an unpopular concept as well, and portraiture and historical genre painting were the favored scenes by artists and patrons. Around the start of the eighteenth century though, the watercolor medium began to take root in the form of topography, a type of realistic mapping of places. First painted as monochromatic tints, artists began applying bold washes of colors to these topographical drawings, pushing the medium into a new realm of landscape painting. As watercolor grew in popularity, a more Romantic style emerged, emphasizing more brilliant colors, looser brushstrokes and attention to light and atmospheric effects. Over the next hundred years, watercolor painting was brought to its full maturity in England and became a celebrated medium. Increased travel opportunities across Europe and advances in the portability of watercolors also contributed to their increase in popularity. 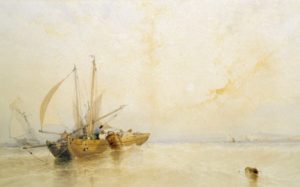 The works on view in this exhibition highlight several of the artists instrumental during this time period including Paul Sandby, John Sell Cotman, William Callow, David Cox, Sr. and John Varley. These artists used the mercurial nature of the watercolor medium to their advantage, devising new techniques to capture shifting light and rich geographical elements in the works on view.

We hope you’ll be able to visit the Gibbes before Luminous Landscapes closes on October 6 to see these beautiful vistas in person!

-Top image: Wales, Taquin Ferry, Snowdon from the Harlech, 1819, by John Varley featured in the exhibition.