A message to our members and visitors about COVID-19 (PDF).
Please purchase tickets in advance for Saturday and Sunday admission (non-members)
OPEN TODAY 10-5pm
OPEN 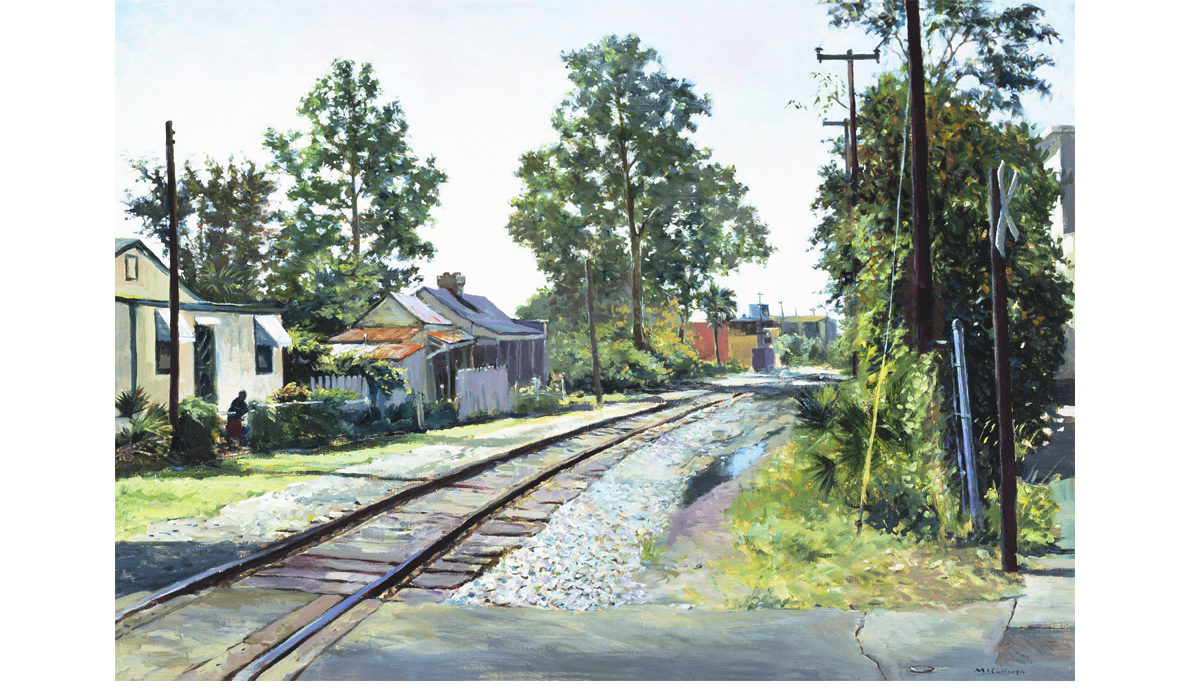 Over the past several years, there has been an increasing number of conversations in Charleston about the changing skyline of the city. These days it’s not uncommon to see high-rise hotels, condos, and parking garages squeezed into city blocks next to older homes or locally-owned businesses struggling to compete with national chains. Finding a balance between progress and preservation is a topic that Charleston residents, artists included, feel strongly about. The artists and works in Vanishing Charleston document a portion of the city that has faded into memory and the Charleston that continues to change with each passing day.

Rapid population growth, paired with the increased popularity of Charleston as a tourist destination, has fueled these changes to the urban landscape. According to the United States Census Bureau, the population of the Charleston Metro area grew eight percent from 1990 to 2000 and a staggering twenty-one percent from 2000 to 2010. To accommodate this growth, new infrastructures have been implemented, including the “new” Ravenel Bridge which opened in 2005 and now spans the Cooper River connecting downtown Charleston and Mt. Pleasant. Painted a year before the bridge opened, Linda Fantuzzo’s work, Bridge Fading, depicts the base of the old Cooper River Bridge. From Fantuzzo’s vantage point, the bridge begins to fade into the background, just as memories and history are in danger of doing as well. 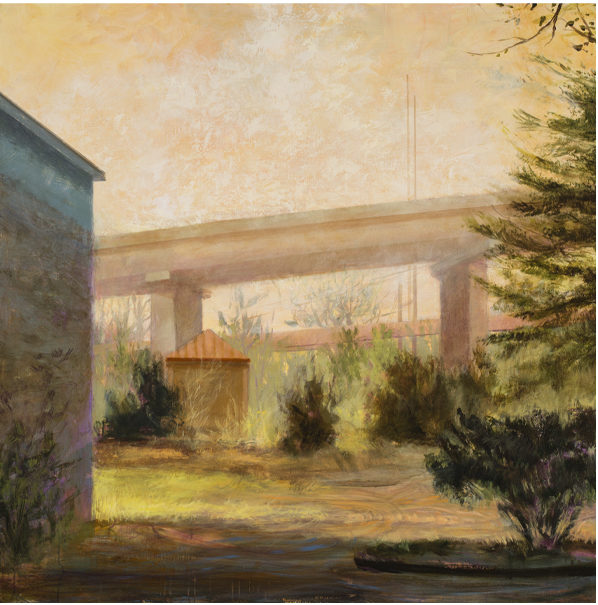 Another artist featured in Vanishing Charleston is Horace Talmage Day. Best known for his regionalist paintings, Day was deeply interested in capturing the daily activities of different neighborhoods throughout the city. In Pick-up Game, Chapel Street, Day depicts a baseball game in progress, capturing meeting places central to the daily lives of Charlestonians, and truly portraying the heart of the city and neighborhoods that look very different today.

Capturing these fleeting moments of everyday life is artist West Fraser’s goal as a plein air painter. Painting en plein air means that he paints out-of-doors, studying his subjects just as they are and then completing the painting later in his studio. In Charlie’s at Night, Fraser depicts Charlie’s Grocery on the corner of Jasper and Radcliffe Streets, a fixture in the Radcliffeborough neighborhood. Light from the store and streetlamps bathe the storefront in a blue haze, illuminating two bicycles who await their owners. Corner stores like Charlie’s are becoming scarcer as new developments and stores dot the peninsula. Fraser has frozen in time a moment of the life in this store which has been a fixture of the community and its residents for years. 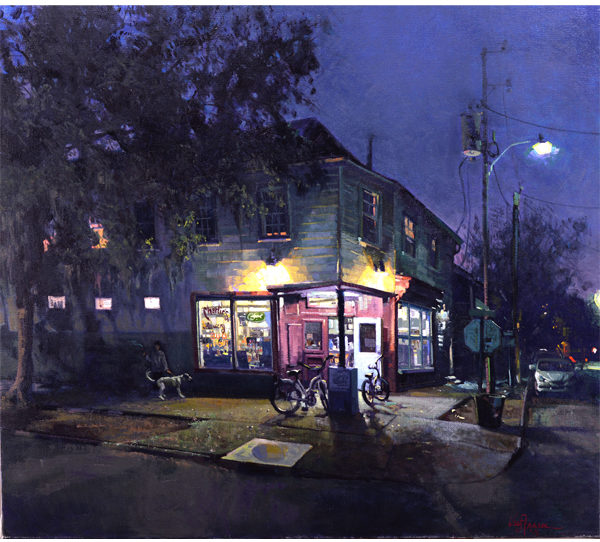 As the population of Charleston continues to grow, so too will the landscape of the city continue to change. Art becomes a way to not only preserve these memories and transformations but to facilitate conversations about the most responsible way to embrace these changes. We hope you’ll visit soon to experience these works for yourself and meet one of the artists featured in the exhibition, Julyan Davis, who is the current Visiting Artist at the Gibbes.

Vanishing Charleston is on view at the Gibbes Museum from May 25 through October 21, 2018

Warning: Use of undefined constant DESC - assumed 'DESC' (this will throw an Error in a future version of PHP) in /var/www/html/gibbesmuseum.org/htdocs/news/wp-content/themes/gibbes-theme/single.php on line 54 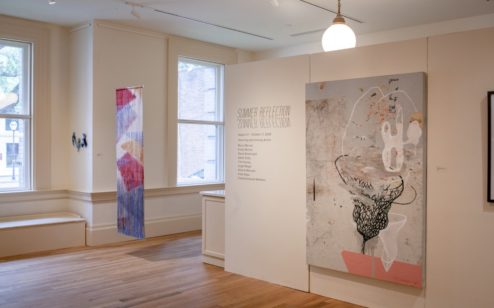 Charleston, S.C., August 26, 2020 – The Gibbes Museum of Art is pleased to announce the opening of the new Ruth and Bill Baker Art Sales Gallery. The gallery, located…