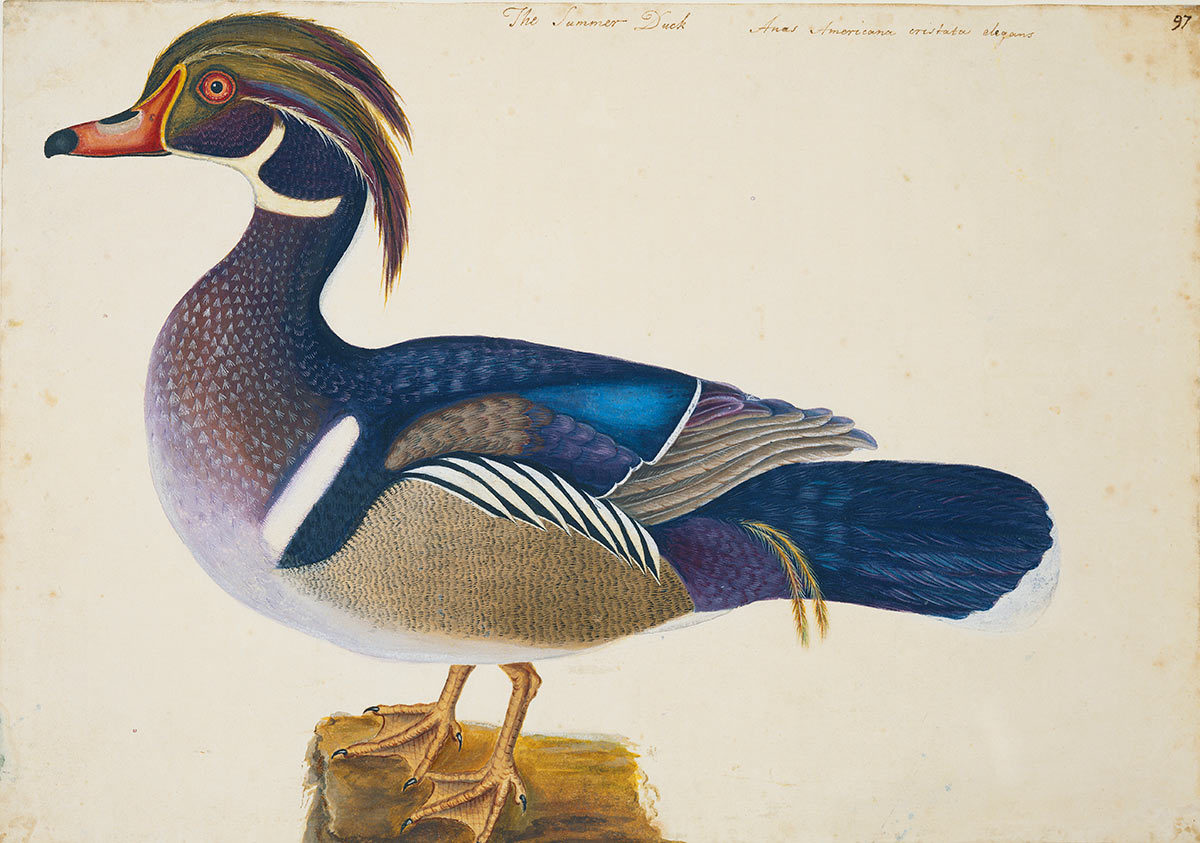 Near the end of last year, a letter landed on my desk from Windsor Castle. I must say, it was quite a thrill. It is not often that one receives a letter stating Her Majesty The Queen has approved your loan request. The British Royal Collection was coming to town.

Thanks to the generosity of Her Majesty Queen Elizabeth II, the Gibbes is honored to be hosting Artist, Scientist, Explorer: Mark Catesby in the Carolinas. On view May 12 through September 24, this exhibition explores the incredible life and work of Mark Catesby, who spent four years documenting the natural habitats of the Carolinas, Florida, and the Bahamas. 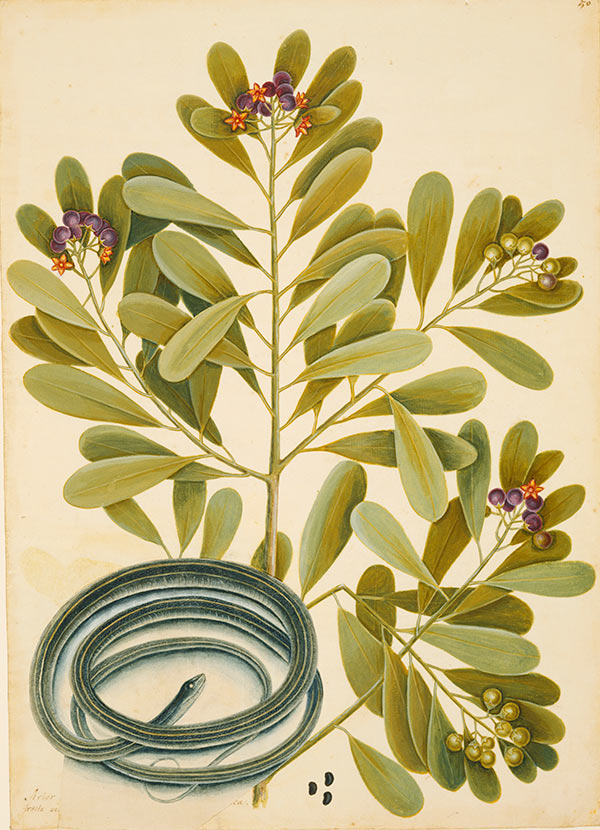 In 1712, the British artist, scientist, and explorer Mark Catesby, made his first journey to North America. Using his sister’s residence in Williamsburg, the capital of colonial Virginia, as a home base, Catesby explored the region’s flora and fauna. He created sketches, collected seeds and specimens to ship home to British naturalists, and developed a working method for studying the natural environment of the region. He returned to England in 1719, but soon made plans for a second expedition to the American colonies.

In 1722, Catesby arrived in Charles Town (present-day Charleston) and traveled throughout South Carolina and beyond documenting birds, reptiles, amphibians, fish, insects, and mammals indigenous to the American colonies. During his four-year sojourn, Catesby painted watercolors that documented with a scientist’s eye the appearances of the flora and fauna of the Carolinas, Florida, and the Bahamas, and their habitats. Based on his experiences, Catesby later published The Natural History of Carolina, Florida and the Bahama Islands, the first major illustrated work on botanical and animal life of North America. Catesby’s work represents a remarkable intersection of art and science. His paintings stand alone as works of art but they also convey valuable scientific information on the anatomy and coloration of various species as well as environmental relationships between plants and animals. Catesby used his watercolor paintings to develop hand-colored etchings that illustrate his two-volume Natural History, which he published in sections between 1729 and 1747. The original watercolors were bound in a unique three-volume set that King George III purchased in 1768 and are now part of the British Royal Collection.

Artist, Scientist, Explorer: Mark Catesby in the Carolinas marks the first showing of Catesby’s original watercolors in Charleston, and only the second time his watercolors have been on view in the United States. This is truly a momentous occasion, and the Gibbes is honored to host the exhibition.