Fully vaccinated guests may explore the galleries without a mask. We encourage mask wearing despite vaccination status.
We recommend purchasing tickets in advance for Saturday and Sunday admission (non-members).
CLOSED. OPEN TOMORROW AT 10
OPEN 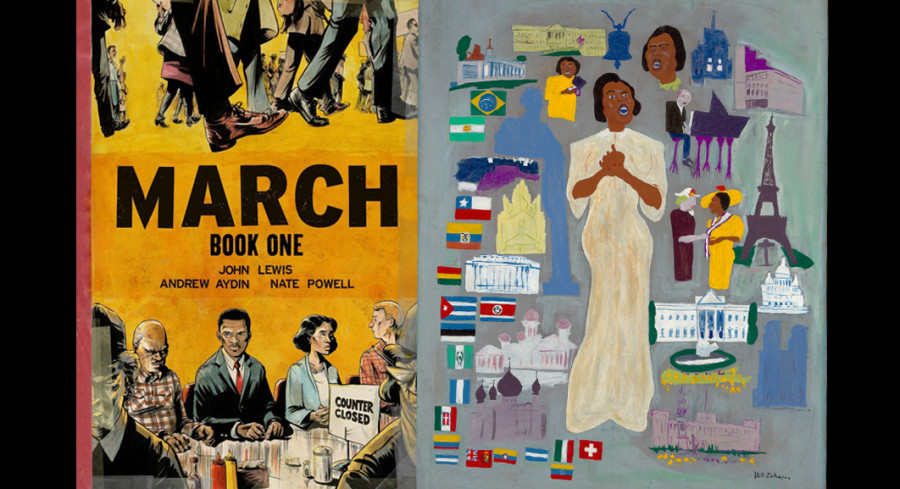 William H. Johnson painted his Fighters for Freedom series in the mid-1940s as a tribute to African American activists, scientists, teachers, and performers as well as international heads of state working to bring peace to the world. He celebrated their accomplishments even as he acknowledged the realities of racism, violence, and oppression they faced and overcame. Some of his Fighters—Harriet Tubman, George Washington Carver, Marian Anderson, and Mahatma Gandhi—are familiar historical figures; others are less well-known individuals whose determination and sacrifice have been eclipsed over time. Johnson told each Fighter’s story within a single painting. He studied books and pored over newspapers and magazines to identify narratives, then sketched and traced pictures to create recognizable portraits of his subjects. In each, he translated episodes from their lives into vignettes that tell of their struggles and accomplishments.

John Lewis was the U.S. Representative for Georgia’s fifth congressional district and an American icon known for his role in the civil rights movement. He and other student activists drew inspiration from the 1950s comic book Martin Luther King & The Montgomery Story. Now his own trilogy of comics brings that pivotal era in United States history to life for a new audience with powerful vignettes from his youth in rural Alabama, his life-changing meeting with Martin Luther King, Jr., the birth of the Nashville Student Movement and their nonviolent lunch counter sit-ins, his participation in the Freedom Rides, and his work as the Chairman of the Student Nonviolent Coordinating Committee to facilitate the March on Washington, the Freedom Vote, the Mississippi Freedom Summer, and the march from Selma to Montgomery, Alabama.

Stop by Harken Café at 62 Queen Street to pick up a handcrafted beverage and morning pastry to enjoy while we talk. Show your Gibbes Membership card for 10% off.

A box set of all three volumes of March is now available at the Gibbes shop. The discussion will primarily focus on Book 1 of the series, but we encourage participants to read all three books.

This event will be offered both in-person and virtually.

This event is free and open to the public, but requires registration and does not include museum admission.

In this introduction to printmaking workshop, students will learn the process of creating a small relief print from start to finish; from getting the image on to the block, to carving, all the way to creating an edition of prints.

A History of AIDS Through Its Images: In Conversation with Avram Finkelstein

Fred Wilson and Angela Mack in Conversation (In Person) 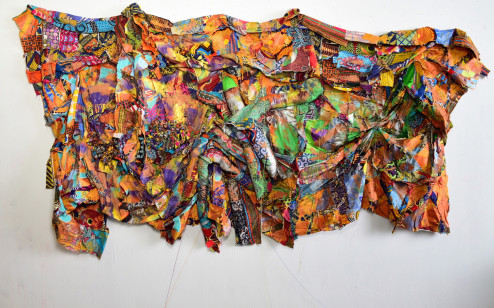