Welcome to the Gibbes! A Discussion of Recent Acquisitions by Curator Sara Arnold 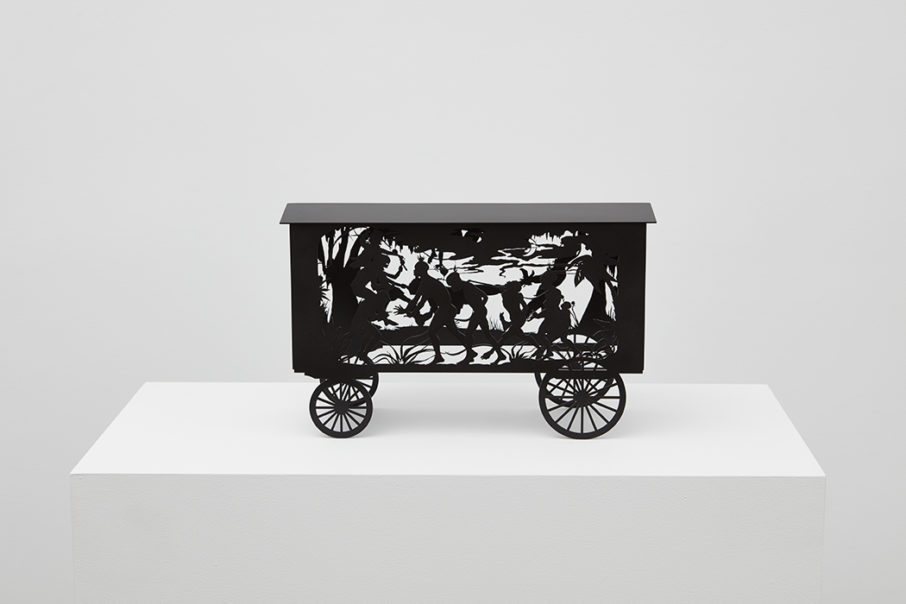 Over the last year the Gibbes has acquired a wonderful variety of new works for the permanent collection including an unprecedented number of works by African American artists. Through both purchases and generous donations, works by Leo Twiggs, Charles Williams, Mary Jackson, Sam Doyle, Kara Walker, and David Driskell now call the Gibbes home.

These acquisitions significantly enhance the Museum’s ability to present a broader and more inclusive picture of American art. While concerted efforts to acquire more works by African American artists began in the 1980s, the exhibition Prop Master: An installation by Juan Logan and Susan Harbage Page held in 2009 revealed in black and white the inequities that still pervade the Gibbes collection. The exhibition examined the Gibbes collection within the context of race, class, and gender. At the center of the installation was a 20’ x 40’ platform covered with a sea of small boxes—9960 white boxes and 40 black boxes— that represented the ratio of artworks in the Gibbes collection created by European American artists versus African American artists. This striking installation piece highlighted the exclusion of many artists’ works and served as a catalyst to renew efforts towards inclusivity. 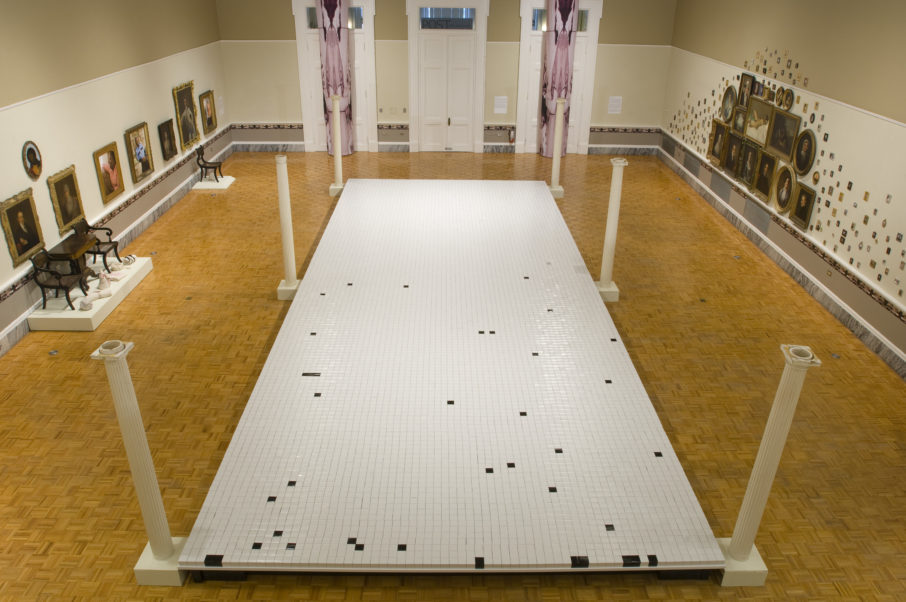 Among the acquisitions added over the last year are two stunning baskets by Charleston’s internationally-recognized master of sweetgrass basketry, Mary Jackson. Never Again is Jackson’s largest work to-date, measuring 42 inches in diameter, and is considered her masterpiece. The Braithwaite Family, who commissioned the basket nearly ten years ago, recently made the decision to donate the basket to the Gibbes permanent collection and we couldn’t be happier. The grand basket can be seen at the Gibbes in a gallery named in honor of the artist. A second basket by Jackson was donated by Mr. and Mrs. Pete Wyrick in December. The Wyricks also donated several significant works by St. Helena, South Carolina’s native artist, Sam Doyle, including Onk Sam, one of a handful of self-portraits of the self-taught artist. 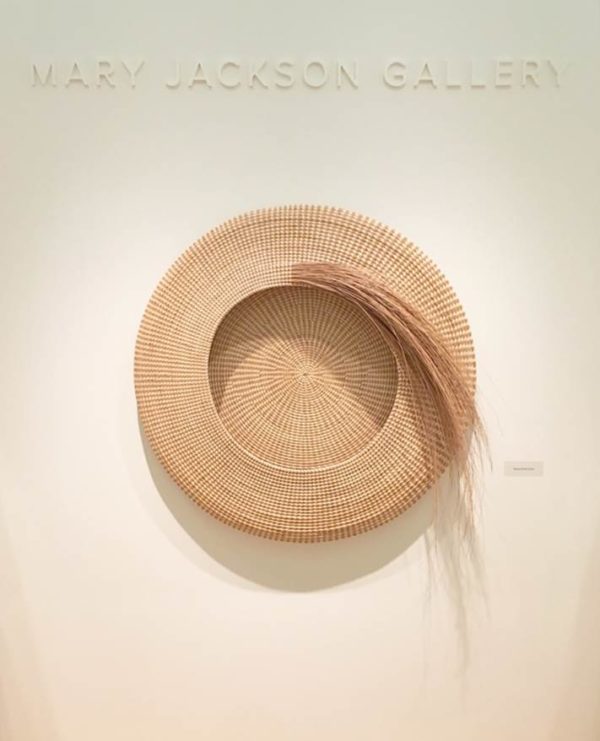 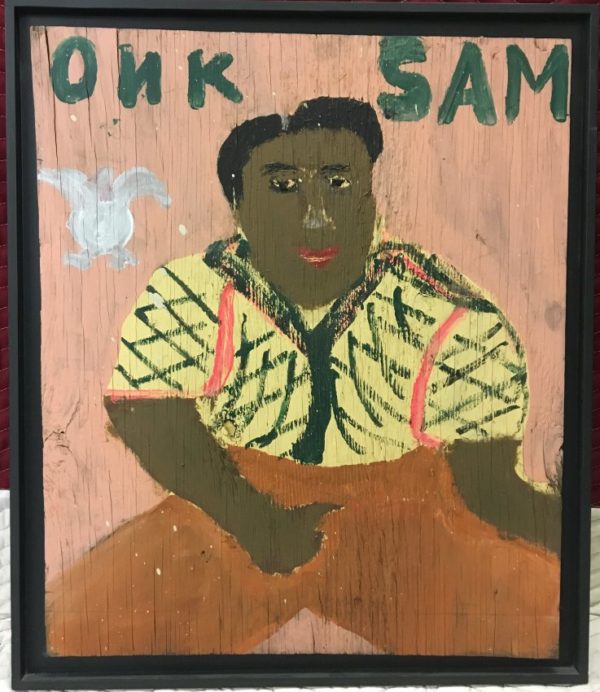 In December, the Gibbes purchased a sculptural maquette (top image) by Kara Walker who is known for her confrontational works that directly address the atrocities committed in America under slavery. The maquette was created for Walker’s installation The Katastwóf Karavan (Creole for “the catastrophe caravan”) recently featured at the Prospect.4 exhibition in New Orleans. Installed at Algiers Point—the location captured Africans were imported and quarantined before being auctioned into a life of slavery—Walker’s full-scale caravan wagon features a calliope that plays African American protest music as a retort to the Natchez steamboat that regularly travels up and down the Mississippi River with a calliope playing Dixie land. The Museum also purchased a work last June by our visiting artist Charles Williams. And Still I Love comes from the artist’s series Child’s Play inspired by Civil Rights era photography. 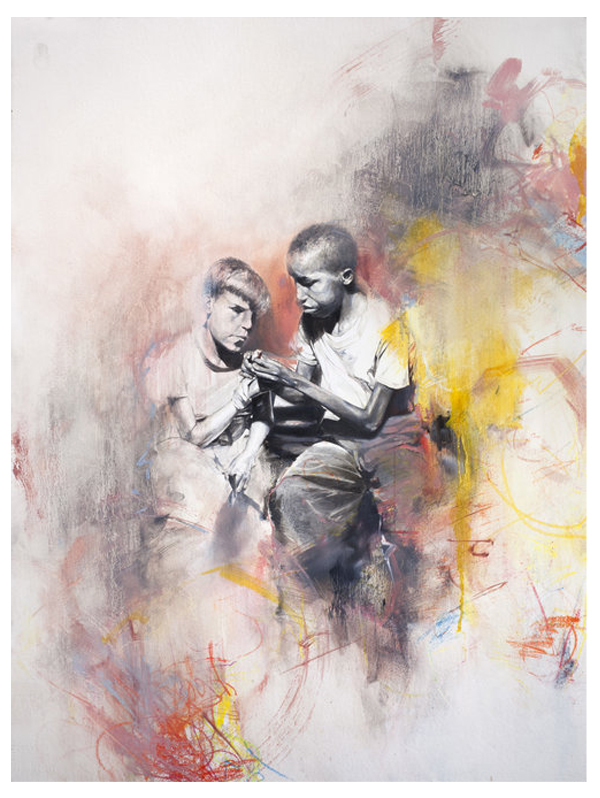 The Gibbes also added works by Southern artists and art scholars, Dr. Leo Twiggs and David Driskell. Last month Louis Rimrodt donated a group of nine works by the renowned artist and art historian David Driskell, including two of Driskell’s early abstract expressionist paintings of pine trees. While he has a long history with the Gibbes having curated several landmark exhibitions of African American art that traveled to the Museum in the 1980s and 90s, these are the first works by Driskell to enter the Gibbes collection. In contrast, Requiem for Mother Emanuel #3 is the third work by Leo Twiggs acquired by the Gibbes. Donated by John and Kay Bachmann last January, this batik painting is one in a series of a nine works that Twiggs created in response to the tragic, racially motivated shooting that took the lives of nine parishioners at the Emanuel AME church in Charleston on June 17, 2015. All of the paintings in the Requiem for Mother Emanuel series are traveling in an exhibition of the same name and are currently on view at the South Carolina State Museum. The Gibbes’ batik will return home for the first time in May and will go on display in June. 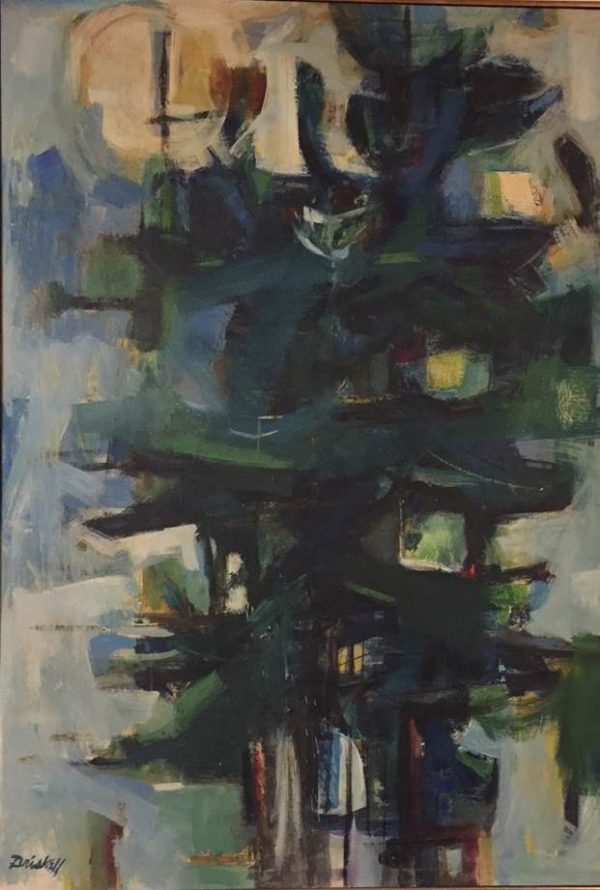 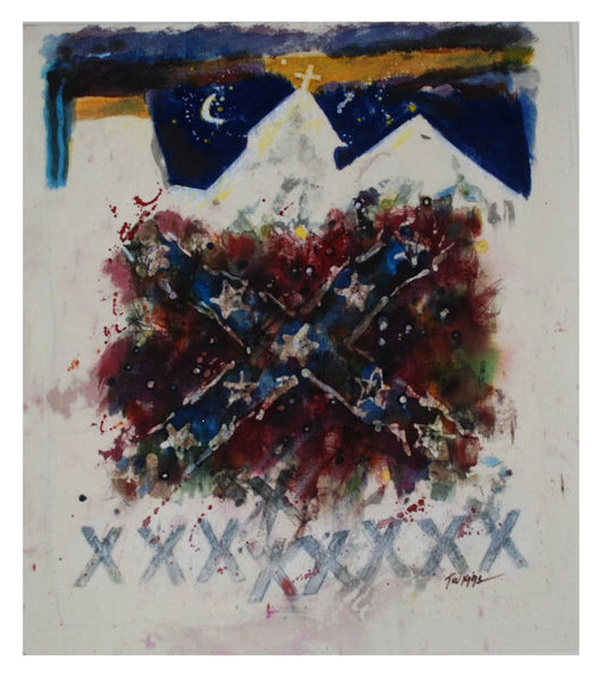 Top Image: The Katastwóf Karavan (maquette), 2017, by Kara Walker; painted laser-cut stainless steel; 9 x 14 1/2 x 5 1/2 inches; Edition 30 of 30; Museum purchase; image courtesy of Sekkima Jenkins & Co. This maquette was created for the larger installation The Katastwóf Karavan, installed at Algiers Point in New Orleans, Louisianna, where captured Africans were imported and quarantined before being auctioned into a life of slavery.